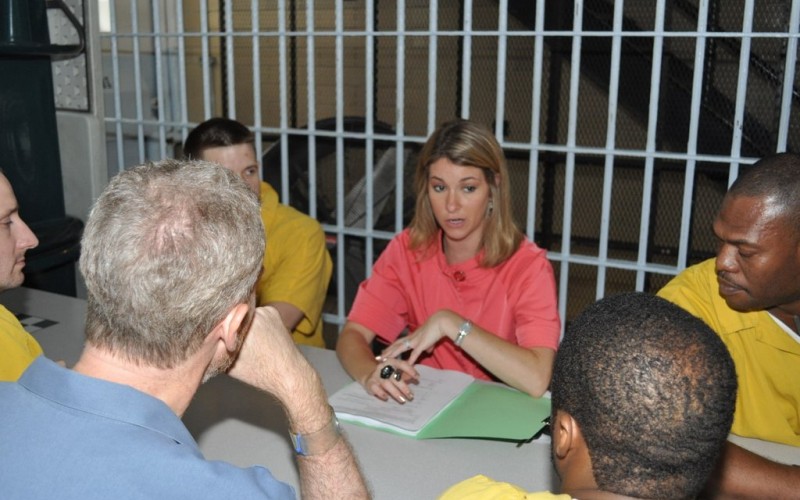 The City of Richmond Sheriff, C.T. Woody is a strong believer in second chances after incarceration. He continues to realize the effectiveness of working with the non-profit and faith-based community to provide services to the residents of the Richmond City Jail. After the announcement of the results of my study of the Kingdom Life Ministries (KLM) program, Sheriff Woody realized it needed to expand and be offered on an additional tier of the jail.  So, KLM has started on the G2 Belief tier of the jail! KLM now works in collaboration with the Belief program, a similar program that works with offenders that battle substance abuse.  My study was very clear in identifying housing as a critical component of success after release into society. As such, KLM has begun on the tier and is working with the men primarily on the development of a transition plan for release and then to provide housing.

In order to track the effectiveness of this program on a new tier, I have resumed my research in the jail and am working with the men on the G2 tier to evaluate the changes in recidivism rates after the start of KLM. There was a small evaluation of the Belief tier during my previous study because it was the control tier. Therefore, by the end of this study, there will be eight years of data on this cohort of men. However, there are plans to release preliminary results every six months.

Since the program has begun on G2, I have visited the tier several times. We have had great group discussions about a multitude of topics. These chats have been a great way for the men to get to know me and vice versa. One of the men shared with me:

“I have been in and out of prison for a long time – 43 years. When I am out, I don’t have anything to cling. I don’t have anything to give me hope – when I come home, there is nothing I can do. Jobs give you an opportunity – they give you something so you can stay out of trouble. But no one helps me and I can’t get a job because I’m a felon. But, although I don’t get any help, I need to make a decision.”

The director of the tier went on to share a very impacting statement:

I am looking forward to continuing this dialogue, learning more about the topics, and working with a new cohort of men in order to further this research!