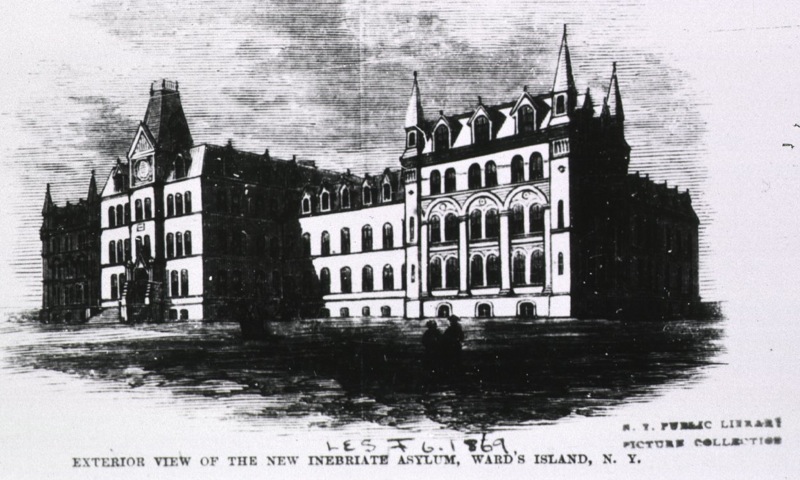 Beginning in the late eighteenth and early nineteenth centuries, institutions were created in the United States to care for the “drunks.”  Dr. Benjamin Rush, a signer of the Declaration of Independence, was the first to recommend that alcoholism was related to a disease and needed to be treated medically (White, 1998). Before institutions were created that specialized in alcohol treatment, however, alcoholics were placed in jails, homes, and mental asylums (Blumberg, 1978).  Because these institutions were not trained in treating alcohol and drug addiction, many patients hid their addictions and often it was not until their deaths that their addictions were discovered. It was not until the mid nineteenth century that institutions were created that specialized in treatment for addicts. In 1870, the American Association for the Cure of Inebriates was the first institution to open.  In only eight years, there were 31 more institutions that had opened.  By 1902, there were over 100 operational institutions in the United States that were dedicated to treating those with addiction problems (White, 1998).

Although these institutions were not fully effective, it is important to examine the effectiveness of the treatment programs, or lack thereof.  The notion of inebriety was the common idea across the spectrum.  This concept encompassed a large variety of disorders that were a result from either drug or alcohol addiction. At the time, inebriety was referred as a “term that captured the morbid craving, the compulsive drug-seeking, and the untoward physical, psychological and social consequences of drug use” (Crothers, 1893).  There were many types of inebriety, including: “alcohol, opium, cocaine, tobaccoism, ether, chloroform, coffee, and tea inebriety” (Crothers, 1893).

The modes of treatment continued to evolve as the issue of addiction continued to be prominent.  A “continuum of care” developed as doctors began to refer addicted patients to detention facilities for detoxification and evaluation (Crothers, 1902).  Placement of these individuals in long-term facilities began because short-term treatment was not effective.   Other physicians referred patients to different types of treatment facilities, including urban detention centers, short-term homes providing a period of recovery, and larger homes that provided long- term treatment.  One of the largest challenges during this time period was convincing the patient to remain in treatment, while also remaining sober (Crothers, 1902).

Various treatment institutions were run slightly different, but had the same basic concepts, as many do today.  Treatment included a combination of spiritual, psychological, and physical treatment.  Isolation from the stress and temptations found in daily life was the first step in treatment and towards detoxification (White, 1998).  Intimate support and relationships between the staff and patient encouraged mutual support and a sense of family.  Work and recreational activities were included as part of the treatment program. Work included manual labor and recreation included activities such as croquet, music, theater, and debates.  Music was also seen as therapeutic; therefore, providing training on various musical instruments.   Counseling occasionally seen as a form of mental treatment, however, was not provided often.