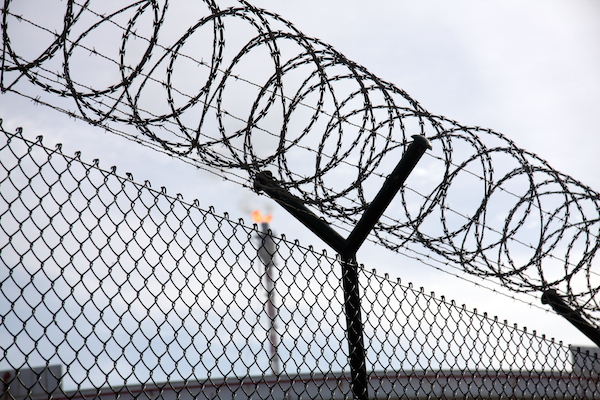 The deterrence theory has two different types of deterrence associated.  Specific deterrence puts attention on the individual that is in question and seeks to deter future delinquent behavior by making sure the consequences are known by the individual.  In other words, specific deterrence believes that crime decreases when “specific” individuals are punished (Cullen, 2003).  Studies relating to specific deterrence and the severity of the punishment have been performed and found that more severe punishments are not more effective in deterring future criminal behavior.  It was even found that more severe punishments often increase the likelihood for such behavior to occur again (Cullen, 2003).  I believe that is because severe punishment means long incarcerations, and thus they come out institutionalized and worse than before going in. Other studies show reasons of why punishments many not effect the offender.  Such instances include the fact that “offenders are not rational, they are impulsive, high in negative emotionality, pressured into crime perhaps by the strain they experience or their association with delinquent peers” (Cullen, 2003).  Specific deterrence is used to crack down on crimes such as mandatory arrests for certain behavior (domestic violence), corporal punishment, and shock sentencing (Keel, 2005).

The second type of deterrence is general deterrence, which focuses on the general prevention of delinquent behavior by “making examples of specific deviants.” The person used as the example is not the individual whose behavior is trying to be changed; however, they receive their punishment for others to see, in order to deter others for partaking in similar behavior.  Studies reveal that the certainty of receiving punishment for delinquent behavior is much more effective as a deterrent than the severity associated with the punishment (Cullen, 2003).   It has been found that “people are most responsive to recent punishments administered in their communities” (Cullen, 2003).  General deterrence is used to prevent behaviors, such as drunk-driving, gangs (through gang-related task forces), and crimes that could result in the death penalty.

Incapacitation is found to be a subset of specific deterrence (Answers Corporation, 2006).  Incapacitation aims to eliminate the individual the ability to commit a crime imprisonment.  While incarcerated, it is hoped that the individual will learn the consequence of their behavior so they will not partake in such activity upon release (Answers Corporation, 2006).  There are also several other strategies that have been enacted by the courts and law enforcement agencies to act as deterrence tactics towards the criminal.  “Target hardening” programs have been developed, such as self-defense skills, deadbolts for doors, and neighborhood watch programs (Keel, 2005).  Legal deterrents have also been set up, which include more policing, the death penalty, three-strikes you are out laws, abolishing parole in certain states (including Virginia), and mandatory sentencing (Keel, 2005).

While the thought behind deterrence theory makes sense and has been around for years, the fact is that sentencing continues to get harsher each year, but crime continues to soar. Cracking down on drug dealers is becoming a large focus, but addiction is skyrocketing. The bottom line is, the root of the problem is no being addressed when simply relying on the deterrence theory. Rarely does incarceration work. Individuals become so comfortable behind bars; for many it’s expected and a way of life. Often, people will commit crimes simply to get arrested – they need to ‘rest’ from the streets, they are hungry, it’s cold outside, or they are pregnant, among a slew of other reasons. As such, these individuals must see there is something more in life and that all of these things can be had when residing in the community. Additionally, if the associated criminal behaviors are not addressed, they will continue to offend after release. These behaviors include anger (leads to fights), drug/alcohol addiction, and the addiction to negative lifestyles, such as hustling, money, or cars, among others.

So what should be done? It’s already started in some places –Virginia Attorney General Mark Herring is creating a state re-entry coordinator who will provide a tool-kit for Virginia Sheriff’s who are interested; Sheriff C.T. Woody, Jr. of Richmond Virginia who makes it a top priority to provide programming and treatment for residents of the jail; Brooklyn Drug Treatment Alternative-to-Incarceration Program (DTAP) a program that diverts prison-bound offenders to residential drug treatment; and Nashville, Tennessee, has one of the most successful drug court programs, with Davidson County having the only drug court that runs its own residential treatment facility. While there are many efforts in many other localities, these are a few notable ones.

Dr. Scarbrough’s bottom line: address the ‘out of control behaviors’ that got them locked up (often multiple times) – this could be doing drugs, selling drugs, hustling, prostitution, or fighting. Whatever it is, it must be addressed in order to ensure a great likelihood of not recidivating and getting reincarcerated. Putting offenders back in the same situation, means we will get the same result.