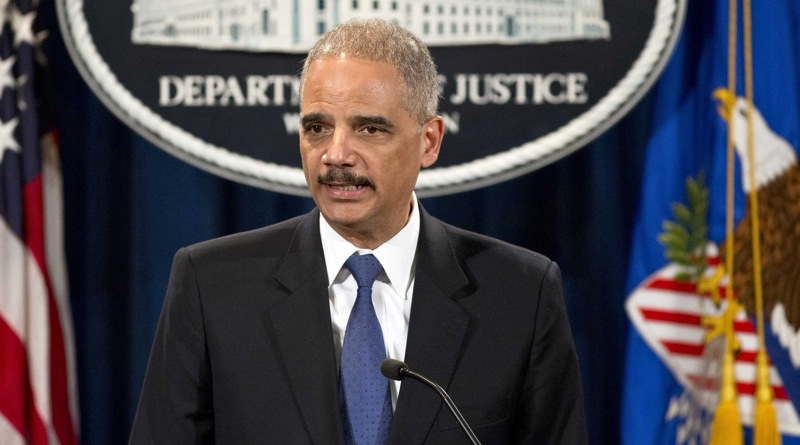 Yesterday, Attorney General Eric Holder made a historic announcement, calling for the modification of drug sentences for non-violent offenders.  Addressing the American Bar Association, Holder stated, “too many Americans go to too many prisons for far too long and for no good law enforcement reason.”   An argument could be made for these prison sentences of drug offenders IF they were shown to work and be an effective means in discontinuing re-offenses. However, this is hardly the case, as seen throughout the United States, as well as right here in Virginia.

Dr. John Reitzel, criminologist and professor at Virginia Commonwealth University, commented on this announcement: “There were critics back in the 80s and 90s who predicted the negative effects of mandatory sentencing and of the drug sentencing schemes, as many criminologists, such as me, bristle at some of the inflexibility and inertia in the criminal justice system that makes it really tough to right wrongs and injustice. In any case, as I’ve argued many times, the effects of our getting tough on crime while maybe a cause for some of the decrease in crime since the 1990s disproportionately harmed African Americans and the poor. Removing some of this the more punitive aspects of our sentencing structure is a good thing for a society that values freedom and democracy and a good thing in general. We need to restore lives and communities and we really don’t do that by keeping low-level dealers, addicts, and non-violent offenders locked up for years.  There’s still a long way to go, but I do think such reforms are a great step.”

The announcement was impelled largely by the escalating expenditures related to the increased incarceration population. The numbers of those incarcerated has grown enormously from 25,000 in 1980 to almost 220,000 today. There has been nationwide discussion among law enforcement, public safety officials, and policy makers admitting that they can no longer incarcerate thousands of individuals who have been charged for non-violent “low-level” drug crimes, especially when they are given lengthy sentences.

Looking specifically at the statistics in Virginia, in 2007, the prison population increased 5.1 percent from the previous year. This growth in the prison population revealed the largest number and percent change among all 50 states (National Institute of Corrections, 2009). While Virginia’s average of those incarcerated is slightly below the national average, the statistics are alarming, and compel attention. From 1980 to 2003, the prison population quadrupled, rising from 8,521 to 35,429 individuals. This is a rise of the per capita rate of imprisonment from 159 to 471 residents per 100,000 residents, a 200 percent increase (Virginia Department of Corrections, 2003).  In other words, as of June 30, 2007, 1 in 44 adults were incarcerated in Virginia (Blakley et al., 2007). In May of 2013, the number cited by DOC was almost 30,000. However, this does not account for the numbers incarcerated in Virginia’s jails. For comparison sake, in 2008, there were 1 in 100 adults in America confined in a jail or prison facility.

Through further examination of these rates, it was found that of the admissions in the 2000’s, almost half (49 percent) were nonviolent and non-drug related. The majority of offenses were property crimes, including larceny, car theft, and burglary. However, 70 percent of these property related offenses were committed by individuals suffering from substance abuse. Violent crimes made up 27 percent of admissions, and drug crime convictions consisted of 23 percent. Sixty percent of these violent crimes were committed while the offender was under the influence of drugs and/or alcohol. These numbers are reflective of prison, thus it is likely that the majority of drug sentences were served in jail, since these sentences are typically shorter.

High incarceration rates and increased substance use disorders in the United States exposes the necessity for something to change. Holder and the policy makers behind this movement seem to be on the right track. Harry Greene, President Emeritus of the Good News Jail & Prison Ministry echoed this sentiment, “way too many people who are non-violent offenders are in custody. If Corrections could adopt specific policies for dealing with these people as an alternative to incarceration, and get the necessary support needed from lawmakers at a state and federal level, I think the results would be amazing. We could see huge reductions of correction facilities expense, as well as really helping these people. The current system is out of sight, out of mind. One would have to ask ‘How’s that working out for you’.”

That said, there remains skepticism about the long-term effects, as it relates to specific means for providing treatment for addicts, which has not fully been discussed. Greg Williams, a man in long-term recovery and producer of the newly released documentary “The Anonymous People,” shared his thoughts with me: “I think anything we can do to transition our response to addiction toward a recovery-oriented and public health model will do amazing things for future generations both socially and economically.  However, I am not entirely clear at this time how these reductions in criminal justice policies will do anything to promote the long-term addiction solutions needed for treating these low level offenders for their underlying health issue.”

At this time, many people in the field seem to agree with these steps, but more information is desired to ensure addicts receive the appropriate treatment and services. It is my hope that people in recovery will be a part of this conversation, in order to tie in the peer-based model and that the discussion does not get taken over among only academics and policy makers, most of whom have not battled substance abuse and incarceration.