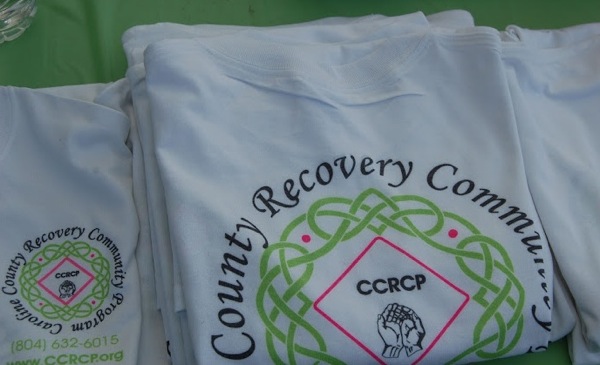 * By: Sarah Scarbrough, PhD *
* Study released March 2014  *
For more information on the CCRCP contact Dr. Scarbrough or John Shinholser with the McShin Foundation at johns@mcshin.org

~ The International Narcotics Control Board has described the United States as “the biggest illicit drug market in the world.” According to Allen Beck, statistician for the Justice Department, currently drug offenders make up almost 60 percent of all inmates, in comparison to 25 percent in 1980. Furthermore, years of research has confirmed the strong correlation between drugs and crime, hence the increasing jail and prison population, as well as climbing recidivism rates.  Research conducted by the U.S. Justice Department has revealed that two-thirds of drug offenders released from state prison facilities will be re-arrested within three years of release and almost half of released drug offenders will go back to prison because of a technical violation of their sentence (i.e. failing a drug test) or on a new conviction and sentence (Langan and Levin, 2004). There are also over a million more prison beds today than there were 20 years ago throughout the United States (Blakley et al., 2007).

Public safety is critical and justice must be served. Incarcerating those who break the law provides a sense of security as it relates to the safety of the community. Yet, incarceration has been proven not to work multiple times; it simply creates “better criminals” and after the offender is released the revolving door to the jail/prison typically continues.

A solution that costs less than building more jails and prisons and is more effective at reducing recidivism is needed. Fortunately, the solution already exists in some places, but these solutions and alternatives to incarceration need to be more widely explored as they are under utilized in many parts of our home state of Virginia and throughout the nation.

These alternatives to incarceration are critical for those who battle substance use disorders. Many of these individuals do not pose a threat to society, especially when they are not under the influence; they simply require assistance to manage a disease they battle. Incarcerating someone who battles addiction simply “arrests away the problem” for the time they are behind bars (this assumes they are not using while imprisoned), but most often does not do anything to establish a path of recovery and treatment. Instead of incarcerating an offender who has a history of drug and/or alcohol use, placing them in a reputable recovery program will most often assist them in becoming sober and beginning a lifestyle of recovery, thus ceasing future criminal activity. However, such alternatives must be delivered in the most effective method. Often alternatives are available, but they are not provided in the most effective manner.

Successful alternative programs have been adopted, costing less and yielding better results. The key emphasis seen in Texas, Kansas, and other states is “not getting soft on crime, but getting smart on crime” (Vratil and Whiremire, 2008).  For the same amount it costs to incarcerate one person, four individuals (if not more) can be put through a reentry program, which most often has a larger impact on adjusting the criminal lifestyle. In fact, research has exposed recidivism rates being cut by 25 percent when implementing such programs (Vratil and Whiremire, 2008). Just as important as saving money on incarceration rates, these offenders then join society as productive citizens, contribute to society by paying taxes, and do not claim another crime victim.

Similar solutions have been established in other states, in order to reduce the costs associated with rehabilitation and recidivism.  Pennsylvania and Connecticut have implemented two different peer-based recovery support service models to improve long-term recovery. These have proven effective in reducing recidivism rates, all at a lower cost. Peer-based recovery programs are unique, in that services are delivered by ex-offenders and those who are living a successful recovery.

Utilizing the peer-based model is essential. The peer-based model is having someone with lived experience in recovery (often they have previously been incarcerated as well) administer the program and deliver the recovery programming. Someone in recovery is able to assist the 30-year heroin addict in going through withdraws; someone who has not experienced that would not be able to assist. The ex-addict has ‘been there, done that’ and walked in their shoes; as such, they are able to instill a level of hope and motivation. They are a living testimony that recovery is possible.  Not only has the peer-based model proven to be effective in providing treatment to those who battle substance disorders, but “helpers derive significant therapeutic benefit from the process of assisting others: to get it, you have to give it away” (Riessman, 1990). According to White (2007), the recovery coach/personnel in a peer-based model has many roles to fulfill, including: outreach, motivator and cheerleader, ally and confidant, truth-teller, role model and mentor, planner, problem solver, resource broker, monitor, tour guide, advocate, educator, community organizer, lifestyle consultant/guide, and friend.  In a study conducted by Dr. Scarbrough (2012) of Virginia recovery programs, evidence supporting the importance and effectiveness of using a peer-based model is strong. This was demonstrated in the results of both the qualitative and quantitative sections of her research.

According to a study conducted by researchers at the Justice Policy Institute (2004), treatment and recovery is more than having participants attend various self-help groups, such as Alcohol anonymous and Narcotics anonymous. While these 12-step and self-help groups have proven to be effective, additional factors are needed to ensure effectiveness in ceasing drug/alcohol usage and partaking in a criminal lifestyle.  Not only do meetings not meet everyone’s needs, but also they frequently do not narrow down to the root cause of the substance use and do not teach on other areas that are likely lacking. As such, programs should incorporate a full continuum of care, including educational development, financial literacy, job skill preparation and career readiness, life skill development, mental health assessment, parenting, transportation, and obtaining identification documents (birth certificate, social security card, identification card).

Not only have these alternatives that include the above-mentioned components proven to have better outcomes as it relates to lower recidivism rates and absence from substance use, but they also save thousands, if not millions, of taxpayer dollars. It is for these reasons that many communities have began partnering with programs that provide such alternatives to incarceration and recovery options for qualifying offenders.   As a response to this research and evidence, the McShin Foundation located in Richmond Virginia, partnered with the Caroline County Virginia Commonwealth Attorney’s Office and Commonwealth Attorney Tony Spencer to begin providing an alternative to incarceration for qualifying addicts.