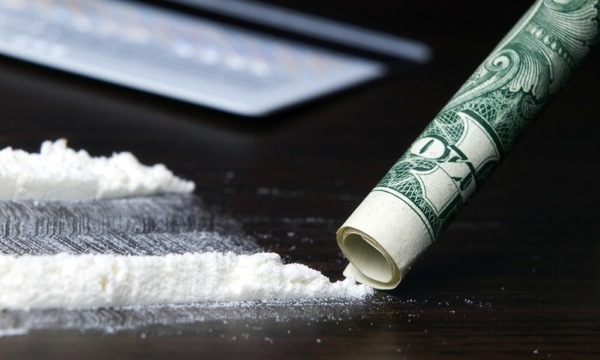 Benzoylmethylecgonine, or more commonly referred to as cocaine, comes from the leaves of the coca bush, which is grown in South Africa. A nervous system stimulant and appetite suppressant, cocaine is seen as the drug that celebrities, models, and Wall Street traders use. However, cocaine is not glamorous as depicted in the movies, as usage damages the whole body. In fact, the term “dope fiend” was given to cocaine addicts years ago because it illustrated the harmful side effects of continued use – becoming psychotic, experiencing hallucinations, and bizarre and violent behavior.

Depending on the amount and method used, the effects typically last between 15 minutes and two hours. Coming in the form of fine white powder, known as coke or blow, it is snorted through the nose or dissolved in water and injected. Crack cocaine, referred to as “crack” or “rock” is a smokeable form of the drug – it is made into small rocks by processing it with sodium bicarbonate (baking soda) and water. With whichever method is used, as regular use occurs, immunity is built up, necessitating greater quantities to gain the same high.

The short lived high provides an intense rush, followed by the opposite – depression and the craving for more. Cocaine users enjoy the amplified attentiveness, elevated mood and emotions of euphoria and excitement, energy and motor activity, feelings of supremacy, and sexuality. Yet, others describe their use as filled with apprehension, fear, and agitation; this often also occurs during the come down period. The depression associated with the come down is so intense, that the person will do almost anything to get more – even commit murder.

Cocaine is highly addictive because of the path it takes to get to the brain (mesolimbic reward pathway) and the way cocaine interferes with the brain as it processes chemicals; as this occurs, people feel as if they need more and more of the drug just to feel normal. Use is much more hazardous than other stimulants (i.e. ecstasy) because of how sodium channels (blockage of cells and ions) are affected, which can lead to cardiac arrest. Constricted blood vessels to the brain lead to strokes. While cocaine hits the brain almost immediately, the drug travels through the blood, thus affecting the rest of the body as well. Cocaine raises the heart rate and blood pressure, while limiting the supply of blood to the heart, causing heart attacks and deadly heart rhythm (arrhythmia). Ulcers and perforation of the stomach and intestines is caused by constricted blood vessels to the stomach. Kidney failure is also common.

Cocaine contributes to more emergency room visits in the U.S. than any other drug. The addiction leads to physiological damage, lethargy, depression, psychosis, the inability to sit still, and even deadly overdose. Cases have been seen where parents sell their child in order to obtain money to buy the drug. Some working professionals have admitted to engaging in binges costing them from $20,000 to $50,000 a pop. Users may lose their jobs, families, friends, become bankrupt or incarcerated, or even die. Common signs of snorting cocaine, the most popular method of using, are losing the ability to smell, frequent nosebleeds, trouble swallowing, raspy voice, and a constant runny nose.

Tim G., who I met years ago while he was incarcerated, shared what his cocaine addiction did to him:

“Cocaine took me to highs of the mountains where I was in complete euphoria. I spent almost 20 years chasing that high.  During those 20 years, I went on a roller coaster ride that hurt me, my family (especially my children), and distorted my meaning of the word FRIEND and LOVE. ie: I had a wife and child, a two car garage house, and a $25 hour job at Dominion Power – I left that to be with crack prostitute and a room with candles for light. And that binge started with a Friday Night “just got paid” attitude…. and I am rewarding myself. Some reward huh?”