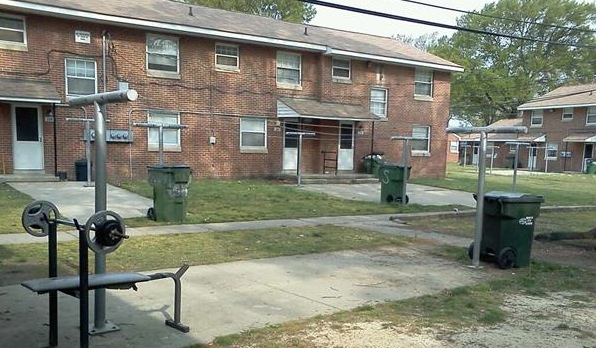 Sprucing up is in order for the East End of Richmond. Recently Mayor Dwight Jones announced his plans to eradicate the widespread issue of poverty in that part of town. The plan is to mix the socio-economic statuses in the East End. By revitalizing the housing, bringing in eye catching designs and architecture, and putting in stores, the Mayor hopes the middle class will be attracted to come live in the East End, thus breaking up the major concentration of poverty in this area.

Everyone who has driven by or through the East End is likely in agreement that something must be done. The living conditions are deplorable and the poverty is extreme. A large part of the jail’s population is from the East End and the section 8 housing projects. Years of research and statistics has shown the negative effects of poverty – premarital births, single parent households, low educational attainment, violence, crime, and drugs.

I look forward to seeing if the Mayor’s plan is effective and I pray it is. My fear, however, is it is only scratching the surface of many deep lying issues.

Is it really realistic to think middle class families will move into what has been known as “the projects” for so long? Will parents be willing to take their children out of “cushy suburbia” and put them in some of the lowest performing schools in Virginia? I just don’t see that the masses will be anxious to do this.

In addition to the major issue of poverty, there are many other deep-rooted issues that are the way of life for many of these people. Many are convicted felons – and even with a middle class neighbor, they will still have a criminal record and likely still not be able to obtain a job. What is the result? Continuing to sell drugs? Breaking into the neighbors’ house? Most dealers would argue that selling drugs is just as addictive as doing drugs.  This is not something that will just be eliminated by living in a nicer neighborhood, especially with no job.

Addiction plagues our City in an extreme way. When under the influence of drugs and/or alcohol, people act in manners they wouldn’t if not under the influence. By not dealing with the issue of addiction, criminal behavior will continue. Whether it is continuing to use or robbing the local store for cash to support the drug habit, usage will continue until intense treatment is provided.

Anger and not knowing how to deal with emotions is another huge issue. What would happen if they got mad at their new neighbor? A quick response would likely occur – maybe a punch in the face or a 2 by 4 over the head? Is malicious intent behind these behaviors or just heat of the moment anger? Who knows, but quick reactions like this are a way of life and learned behavior from young childhood.

The list of issues to address could go on for pages. I just hope the discussion of trying to eliminate poverty in the City is only the beginning of a larger discussion of how to deal with the other deep-rooted issues that haunt many individuals living in these low-income areas.