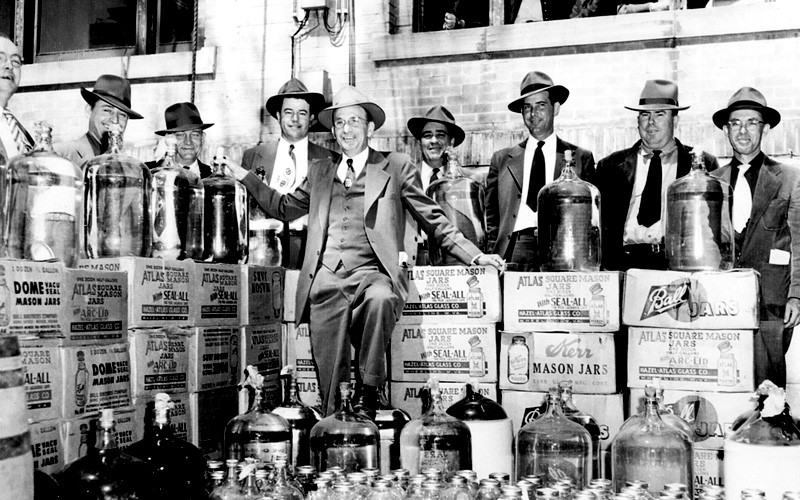 “Booze is always shaping things, whether we like it or not!”  – Mike Rowe, host of How Booze Built America

I doubt 400 years ago the first brewers and distillers thought that addiction would come to be such a problem – effecting 23.5 million nationwide today! But, let’s take a look back and see how it all started…

Did you know that alcohol and English drinking songs were involved in writing our nation’s anthem? Frances Scott Key wrote the Star Spangled Banner while drinking wine on a ship. The Mayflower wasn’t supposed to stop at Plymouth – it was headed south, but stopped at Plymouth because they ran out of beer and needed to refill. Just before the assassination of President Lincoln in Fords Theatre, John Wilkes Booth was seen in the saloon downing “liquid courage.” John Parker, Lincoln’s bodyguard, was in the same saloon as Booth, also drinking. And, Johnny Appleseed started planting apple farms to sell hard cider.

Our founding fathers really talk a lot about drinking and drunkenness, which can be seen in lot of their records and archives; it was Ben Franklin who said, “beer is proof God loves us and wants us to be happy.” George Washington distilled his own whisky and Thomas Jefferson brewed his own beer. Prior to saving the Union, Lincoln sold booze out of his grocery stores.

So how did this affect us? How did Booze Really Build America? Mike Rowe’s special on the Discovery Channel sought to explain “How Booze Built America” in a three part series that aired back in September of 2012.

Some interesting points in the show:
In the 1600s, alcohol was a part of the Puritans daily life – they couldn’t live without it. On the Mayflower, they packed enough beer for each man, woman, and child to have a gallon a day – and they still ran out.

During that time, beer was a lot safer than water; water was infected and those who drank it could get dysentery, cholera, typhus, or hepatitis. The first step in making beer is boiling the ingredients, however, so all of these diseases and bad toxins would be boiled off – and beer could be stored for months and it wouldn’t go bad.

Then, there is ethanol.  A lot of people today think that ethanol was introduced in the 1970’s as a cheaper alternative to fossil fuels. Rowe reveals that this is not true –it’s been around a lot longer than that. Ethanol was used in the 1820s in some of the first combustion engines. Ethel alcohol was also the first ingredient in booze – primarily found in moonshine. If you needed a boost back in the 1820s, ethanol was the most popular… whale oil was better, but very expensive, so ethanol was the next best thing.

Fast forward 40 to 50 years, and we are in the midst of the Civil War and Lincoln needed to money to fund the war, so he taxed booze. George Washington and King George did the same thing years before that. This time, however, he was also taxing alternative fuel, and as such, booze and ethanol became more expensive; as a result whale oil become less expensive. When energy needs later became more needed, they no longer used ethanol or whale oil, but they looked to fossil fuels.

As shown, from the beginning, booze was a part of life and many did not and could not function without it. Not too long after booze was created, beginning in the late eighteenth and early nineteenth centuries, institutions were created in the United States to care for the “drunks.”  Dr. Benjamin Rush, a signer of the Declaration of Independence, was the first to recommend that alcoholism was related to a disease and needed to be treated. Today, just a few hundred years later, we are still in the same boat – realizing alcoholism is a disease and needs to be treated.

More on the show can be found by clicking here.