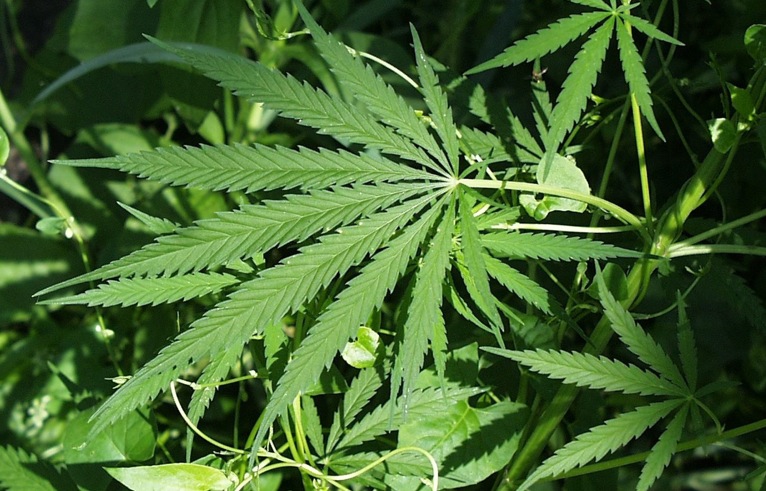 Marijuana as a Gateway Drug

The gateway effect for marijuana has long been a central claim by the Office of National Drug Control Policy (ONDCP)  (Choo et al., 2008) and has been a concern for policy makers since at least the 1950s (Morral et al., 2002). This claim appears to have emerged from the fact that drug use data consistently show hard drug users having engaged in legal drug and alcohol or marijuana use prior to engaging in hard drug use. A notable number of empirical studies seem to support such claims, finding gateway effects for marijuana, alcohol and tobacco.

Prior studies of the gateway effect have found mixed results. Mills and Noyes (1984) found a cumulative effect for drug use; once initiating marijuana, users basically just moved through the progression to the next (more serious) drug. Fergusson and Harwood (2000), on the other hand, examined the sequencing of drug use among New Zealand adolescents and found that only 3 of the 124 subjects had used a hard drug prior to using marijuana. Similarly, in a study of New York City drug users, only about one-third of those under study used marijuana before moving on in the sequence to harder drugs (Mackesy-Amiti, Fendrich, & Goldstein, 1997).  Golub & Johnson (2002) (see also Choo et al, 2008) argue that this might be because many drug users only experiment with drugs, never moving on to becoming regular users or abusers.

More recently, in a study by the Centre for Economic Policy Research in London, researchers found no gateway effect for marijuana. Surveying 17,000 drug users over a 10-year period, they reported that marijuana use typically began between the ages of 18 and 20, and cocaine use began between 20 and 25. Moreover, they found that there was not much variance among those who used cocaine in comparison to if they had previously used marijuana.  There were substantial individuals who had used “soft and hard drugs”, but the association was related to personal characteristics and a tendency to partake in experimentation (Golub & Johnson, 2001).

This study examined data on the 86 defendants were culled from information taken from background pre-sentence investigation reports (PSI) provided by the United States District Court Eastern District of Virginia in Richmond, VA. The defendants were all convicted in federal court in Richmond, VA between 2007 and 2010 for drug related offenses, to include possession and/or distribution of marijuana, possession and/or distribution of cocaine (powder or crack), and for other related offenses, such as possession of an illegal firearm, and criminal conspiracy.

Of these individuals, nearly all were unmarried, African-American males. The majority did not graduate from high school and were not employed.  To demonstrate the regularity of drug use, 97% of the sample population used between 1 and 4 drugs. Ninety-seven percent also was using or had used marijuana and alcohol; cocaine was the second most used drug (50%). Forty-one percent of the study subjects had one or both parents who had used drugs, and 31% had siblings that had used. The age of first arrest ranged from 15 to 69 years old, with 31 being the median age. The majority (77%) was convicted of cocaine possession and/or intent to distribute; 6% for marijuana; and 17% for other drug possession and/or another crime.

While this study did not uncover a positive gateway effect as traditionally conceived—that is, marijuana causes a progression to harder drug use—it did reveal significant relationships between a number of important effecting factors and later drug use. Through the examination of these relationships among hard drug use, it was determined that the age of the first offense, educational level, and family structure had positive correlations. Each of these variables had a significant relationship to harder drug use than the first time the offender used marijuana. Had there been a gateway effect, we would have also expected marijuana to significantly predict regular drug use and later cocaine and hard drug use. That the models did not suggests that other factors (not the gateway effect) are greater contributors in telling the story behind how these individuals came to use hard drugs. Yet, even though we did not find a gateway effect, it does it should not be inferred to mean that early marijuana did not play a role in shaping the defendants’ drug use and criminal behaviors. All but two of were drug users and drug sellers; how they arrived at the point of being arrested and convicted of federal drug related crimes is clearly an outcome of their underlying propensity to use illegal substances.

As our findings seem to indicate, and as the prior literature suggests, the developmental or sequential processes involved in experimenting with marijuana and then moving on to harder drugs are outcomes of many different forces, from age of involvement in illicit behaviors and parental socialization, to the sequence of drugs taken, and of the particular properties of drugs themselves, all of which interact within a cultural and social framework that both signals to the complexity of drug use and abuse, and to its attendant crimes. As some researchers have suggested, marijuana’s role in the sequencing from legal substances to illegal ones might be an outcome of its availability and social acceptance rather than its causal properties. In other words, many adolescents experiment with marijuana, but most do not go on to use harder drugs. And for those that do, it is not necessarily caused by their use of marijuana, but rather, it is a result of a complicated interaction of the forces noted above. Nevertheless, this study was not designed to answer many of the questions that remain about the gateway effect, but it does offer a deeper assessment about the role that these important factors have in shaping drug use and criminality.