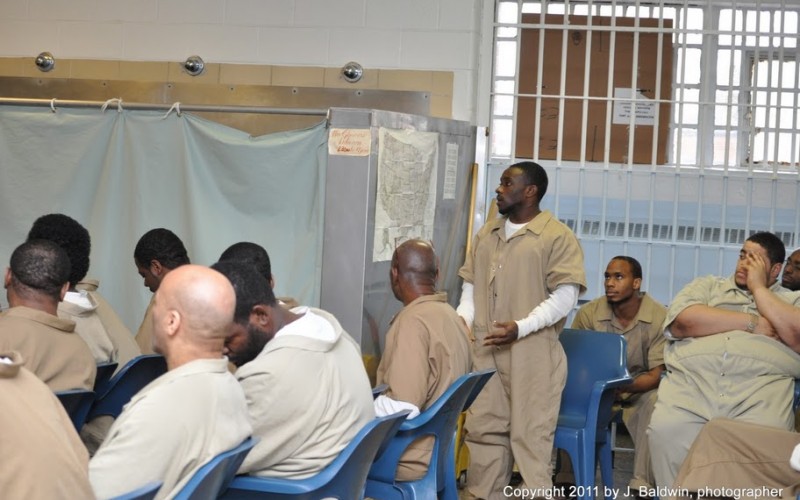 Mass Incarceration – What is the real low down?

Studies have shown a correlation between mass incarceration (i.e. increased prison rates) and a decrease in crime is not significant. Such truth is becoming a concern from the federal to local level.

Federal policy is beginning to be effected. Within the past few months, the U.S. Sentencing Commission voted to retroactively extend lighter sentencing guidelines to almost 46,000 prisoners currently serving time for federal drug crimes. This effort was endorsed by the Department of Justice.

Looking at the state level, budget shortfalls have forced governors and lawmakers to take a look at their own policies. As such, some states have eased drug laws, decreased mandatory minimum sentences, or developed alternatives to incarceration. Even in the world’s prison capital, Louisiana, Governor Jindal passed modest measures to develop early release programs for non-violent drug offenders. The effort can and will truly contribute to lowering those involved with the “mass incarceration sentencing.”

So what about Virginia?  Virginia has the 14th highest incarceration rate of the 50 states. As a conservative state, Virginia has always been “tough on crime.” Judges are seen to go tough on non-violent and drug offenders. Efforts to curb mass incarceration have really not been seen in Virginia – as a Commonwealth, efforts like those in Louisiana have not been established. Virginia still follows the abolition of parole law, where all offenders must serve 85% of their sentence. Other efforts are underway to lower the recidivism rate, but nothing is truly being seen for mass incarceration.

That said, the McDonnell gubernatorial administration and now the McAuliffe administration has put forth efforts for offender rehabilitation and re-entry programming at a state level, which is geared at ensuring offenders are prepared to be released from incarceration in hopes they will not recidivate – or come back to jail time and time again. A holistic statewide effort for alternatives, however, has not been seen.

While Virginia isn’t really spearheading efforts for statewide alternatives, Richmond has really embraced this concept. These alternatives enable the offender to experience a treatment program or some type of program, which is aimed at rehabilitation instead of the institutionalization that incarceration leads to.

Such alternatives in Richmond, which has been spearheaded through partnership with the Richmond Sheriff’s Office, Richmond City Council, the Mayor’s Office, the Department of Justice Services, and the Commonwealth Attorney’s Office, include concepts such as drug court, day reporting center, and the mental health docket. Certain alternatives, such as drug court, have been around for sometime, but are recently gaining more traction. Others were created more recently as enhancing available alternatives. Some alternatives require a combination of jail time and treatment in the community. Others are only community treatment or programs.

However, the issue I see is that this doesn’t eliminate mass incarceration that has taken place – the people who were harshly sentenced before are still sitting behind bars in Virginia for a long period of time. The alternatives do not affect them. Further, these alternatives are typically seen for younger and first time offenders. Folks we would refer to as “career criminals” are not getting alternatives. While their current crime may make them a candidate for an alternative, their criminal history is what the prosecution typically uses to try to convince the judge of a long harsh sentence.

Looking specifically at the Richmond Sheriff’s Office, and where I also work full time, Sheriff Woody has always said we are locking up the wrong people, which I agree with. Looking particularly at addicts that are getting stiff sentences – first, addiction is a disease. Incarcerating addicts for long periods of time does not work.  Drugs are rampant in prison, so use and addiction will likely continue while locked up. And if they don’t use while locked up, because addiction is a disease, the likelihood of them going out and using again is high, especially if they are not involved in a program while incarcerated. Side note: this is where many overdoses are seen – addicts get out of jail and go out and use the same amount of drugs they did before they got locked up and their tolerance is no longer as high as it was when previously using that amount.

Prison is actually a breeding ground to create better criminals – to sit around and discuss how to get away with it next time, to meet more drug contacts and criminals for the street, to fight, to join gangs, and to become institutionalized so upon release they don’t know how to properly function in society. A letter I recently received from an offender in prison said they are now recruiting for ISIS in prison.

Incarceration is also not a place for the mentally ill, however, our jails and prisons are full of them. I can tell you the Richmond City Justice Center is full of individuals who battle diagnosed mental health illnesses. The medical team provides them with top-notch care, but jail or prison is not the place to manage, treat, and address such mental health issues.

Think about this – someone convicted of a non-violent drug crime is sentenced to 20 years. They go to prison when they are 20 and get out when they are 40. They get locked up in 1990 and get out in 2010. Now, there are cell phones. Public toilets flush automatically. Everyone has the Internet. There are these things call facebook, google, and instagram that were not in existence in 1990. Not only that, but now all job applications are online. “Online” barely existed when they got locked up and now they have to use it to apply for a job. The list goes on and on, but I think you get the picture. This is what mass incarceration does. People become institutionalized and then are released into a world that makes no sense.

So, I think the only question remaining is what should we do?

If alternatives can be consistent options, it would provide offenders with an opportunity to seek continued treatment. For those who must spend time incarcerated need additional measures need to be put in place to address the root problem(s) and not simply put people behind bars and warehouse them.

We are blessed in Richmond to have the newly built Justice Center. The Justice Center was designed with programming in mind. Our Internal Program Department has truly embraced this design and has created an evidence-based program that uses a holistic approach to address the behaviors associated with the criminality. The focus on behavioral modification inspires program participants to face their problems and overcome their addictive lifestyles, whether it is to drugs, alcohol, dealing drugs, women, cars, etc. – namely, whatever placed them in their current situation, and so often kept them incarcerated time and time again. While this doesn’t specifically address those who are currently behind bars still because of mass incarceration, it greatly contributes to curbing the crime rate and breaking the cycles of crime and incarceration. It also prevents other options rather than mass incarceration.

I would encourage other Sheriff’s to also embrace programming, so they too can contribute to changing lives and breaking the cycle of drugs, criminality, and incarceration. I encourage legislators to examine policies on a state level so that mass incarceration may be halted. Further, it is my hope that old policies are reviewed and that decisions are made of how to manage offenders falling under old sentencing guidelines – much like what Louisiana did.