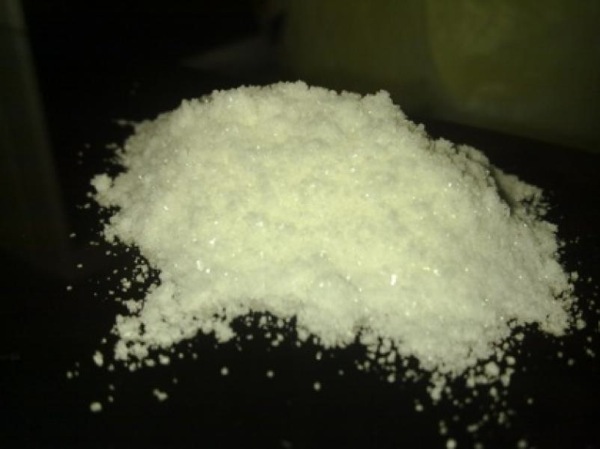 Molly, the pure form of MDMA, better known as ecstasy (click here to view the blog on ecstasy), typically comes in a powder or capsule form. When it is pure, it should be white, however, it is often more beige, yellow-brown, brown, or light gray; the reasons for the color variation are discussed below.  A capsule pill costs between $5 and $30.  Most often first time drug users (between the ages of 12 and 17) are the target market for Molly, in addition to those who are into dance parties and raves and think they are purchasing ecstasy.  However, in Richmond, Virginia, the drug is marketed to drug users of all ages. According to Antonio (28), “Everyone I know takes it. I kept hearing about it during the 2 years I was in prison. I knew as soon as I got out I was going to try it.”

Over the past few years, Molly has gone from a known drug (white pure form of ecstasy) to, according to the DEA, many variations of tremendously hazardous manmade drugs. These so called chemists combine several substances and then market the drug as Molly. There has been a rising number of deaths from people using what they think is Molly – the most dangerous part of Molly is the not knowing of the types of chemicals and the amount of each in them. Unlike other drugs that we know the make up and compound of, Molly’s makeup remains a mystery and inconsistent from pill to pill. The majority of the time Molly’s base chemicals are made in China, then imported to the United States where other chemicals are often added, and then it is sold as Molly. The young people, who are the primary users, are being preyed upon to be the guinea pigs for people experimenting and trying to come up with the next big drug.

When examining the overdose deaths from these manmade compounds in the U.S., it is difficult to determine exactly what caused the death because of the unknown chemical makeup. Similarly, drugs known as “spice” or “bath salts” can easily be bought on public websites.  When CNN tested a bought package of “Afghan ultra black,” what was supposed to be synthetic marijuana, a strong hallucinogen was found. Not only are other chemicals being placed in, but also different concentrations are found within each bag/pill. The situation with Molly is similar.

According to the DEA, only 13% of the Molly seized in New York over the past four years truly had any MDMA, and even then it was frequently mixed with other drugs as well.  Since 2009, the DEA has come across over 200 different compounds making up Molly; 80 of those have been since 2012.

Molly causes a euphoric high because the chemicals used to make it are stimulants that affect the central nervous system. Antonio described the high by saying, “little things happen like the street lights coming on and it’s the greatest thing – just euphoric. Ecstasy is mellower though. Molly turns you up to the max. I don’t even smoke cigarettes, but smoked a whole pack when on Molly.  It doesn’t make me violent, but makes me stupid and I say up for over 24 hours when on it.”

Use of the drug causes blood vessel constriction, high blood pressure, sweating, and irregulation of body temperature. Some of the chemicals found in the drug also cause long-term panic attacks, psychosis, and seizures.  While someone is on Molly, sweating, violent/different behavior, and psychosis will be noticed. When coming off of Molly, severe depression often sets in, sometimes even resulting in death.

One of the most tragic stories tied to Molly occurred in November 2013 in Pennsylvania after a man ‘freaked out’ after taking six Molly pills.  Sex between these two began as consensual, but he ‘freaked out’ because of the Molly. The freak out caused him to choke her around the neck and stick his hand up her anus and pull out stomach tissue. The situation came to an end when the women’s children came in because they heard loud screams.

It is unfortunate to report that daily, the widespread problem of Molly and other synthetic drugs is growing. The market is a multi billion-dollar market. In a two-day sting, the DEA confiscated $95 million from drug traffickers.