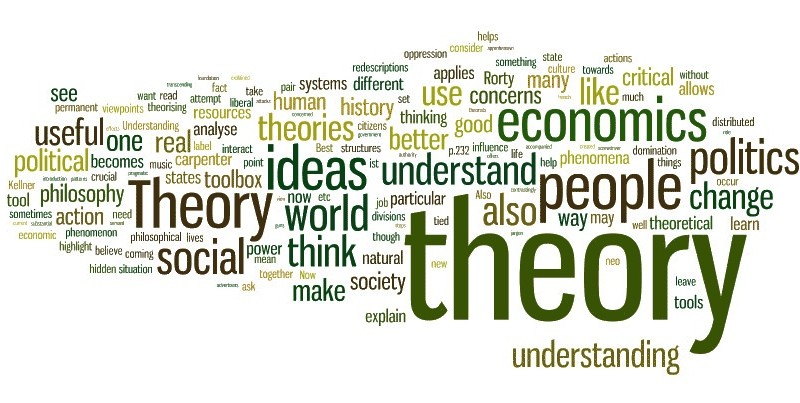 Last weeks blog discussed the strain theory and living the American dream. The theory explains why some people and groups in a society are more prone to committing delinquent and illegal acts. Yet, with any theory, there are criticisms and questions.

Theorists tend to research one topic and attempt to attribute delinquent behavior to one theory and one reason. It is my belief that there are many factors that can contribute to an individual’s decision to participate in a certain behavior. Although I believe the social structure of an individual contributes to delinquent behavior, it is hard to narrow down the causes of deviant behavior to just this one theory or one cause. There are many factors that contribute to partaking in criminal and deviant behavior. Not only are some individual’s not able to achieve the American dream, but many live in poverty, they may have been abused previously, lack parental supervision, or dropped out of high school, all of which are factors that could be causes of deviant behavior.

Some theorists say that social class and society have nothing to do with crime rates, however, many theorists, such as those discussed in last week’s blog, have attempted to explain how crime and society are so closely related. The United States is so often referred to as the ‘land of opportunity’ where people have many riches and opportunities; therefore, people tend to feel inferior to their peers if they do not live up to this expectation.  In addition, society places the same goals upon everyone, but not everyone has the same means necessary to accomplish such goals. Moreover, if this is combined with the confusion of norms and functioning of society and the culture, individuals choose to partake in a life of crime in order to meet those minimum standards put before them by society or as a result of the confusion (Pearce, et. al, 1998).

It has been argued that elements within the social structure are inconsistent and not stable, including disorganization, conflict, anomie, the economy, and politics, among other factors. Moreover, these instabilities tend to be more dominant for the lower class, which is the population that is seen to be more delinquent and commit more crime. Thus, the social structure of these ‘delinquent individuals’ is only a vague explanation for such behavior, thus it cannot be the sole explanation for deviant behavior.

Social structure and anomie has also been criticized because goal achievement is not simply a matter of class; those in the middle to upper class have goals of achieving the American dream, as well as those who are part of the lower class.  Although crime is higher in the lower class, individuals in the middle to upper class, also commit crime. Therefore, the criticism lies with, why do they commit crimes? Why does white-collar crime occur? The American dream on paper (i.e. prestigious job, good education, making a significant amount of money) has been established, so is there part two of the American dream, or are they just selfish? Social structure does not examine these questions and does not discuss white-collar crime and deviant behavior of the middle and upper class.

Moreover, social structure does not address adaption. Not all individuals reach the American dream, but not all individuals commit crime either. So, why do some commit crime and some do not? I believe this is the underlying assumption of adaption. There are some that adapt to living as part of the lower class; however, there are those who will never adapt to this life and will always urn for more, thus engaging in crime.  Furthermore, it does not discuss why people choose to commit the types of crime that they do. It can be assumed that those who sell drugs do so in order to achieve the dream of having a significant amount of money. And, those who rob do so to gain wealth in either tangible or monetary goods. But, why do some people deal drugs while others rob banks to obtain the ‘dream’? What is gained through committing crimes such as vandalism, doing drugs, murder or rape? Why do individuals engage in this type of delinquent behavior if they simply are attempting to meet their goals and be part of the upper class?  I believe there has to be another factor present than simply trying to achieve goals of higher living. Other factors, such as greed, hate, mental distress, depression or revenge are likely to be present, which contribute to engaging in such crime. Again, the theory of social structure does not address or discuss these matters.

Further, it is unclear through this theory why juveniles commit crimes. As we know through statistics, more people commit crimes when they are young and as they age, they grow out of living a life of crime. However, many youth and teenagers do not have goals and aspirations for their future. When in high school, the only worry that many have is graduation and homework. Most youth do not have jobs, and those that do work often in retail, restaurants, or other related fields. Therefore, it can be said that the American dream isn’t present at this young age. So, if this were the case, how would social structure and the American dream truly be the reason for crime? Social structure in relation to this age often influences truancy, dropping out of school, parental supervision, and other related factors; striving for the American dream is very distant in most juveniles mind.  However, when examining this from another lens, it can be said that the goal or American dream at this age is ‘being cool,’ or the youths’ status in school and within society. Yet, again such topics are not thoroughly discussed in social structure, therefore, such questions remain.

There are many theories that can be used to describe reasons behind individuals participating in illegal behavior. However, conclusions, I believe, should be made on an individual basis. While some may engage in crime because of the Social Structure theory, others many participate because of differential association or simply because they are a juvenile. Therefore, in conclusion, I would argue that social structure is a legitimate theory and many do engage in delinquent behavior because of the reasons stated in this theory, but many others engage in crime because of other factors that do not necessarily include social structure and living the American dream. As such, theories should be placed upon criminals on an individual basis and not be just a tag placed on every offender.