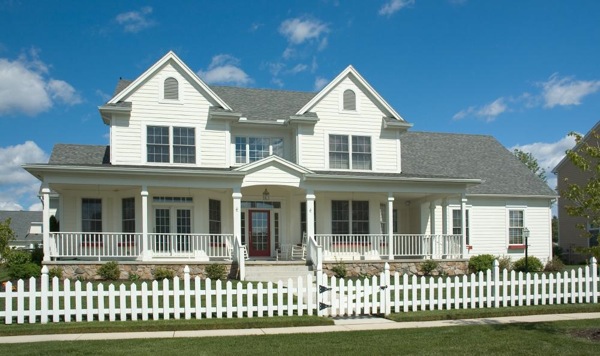 Strain, Pressure, and the American Dream

Most Americans strive to live the “American dream.” Most often, this dream emphasizes the goal of monetary success, but without the corresponding emphasis on the legitimate avenues to reach this, deviance often develops. This is where the criminology theory of strain was established.

The strain theory explains why some people and groups in a society are more prone to committing delinquent and illegal acts.  The theory assesses that people are pressured into committing crimes, most frequently when “they are prevented from achieving cultural goals like monetary success or middle-class status through legitimate channels” (Cullen, 2005).  The likelihood of illegal behavior is connected with the amount of strain present.  Thus, people in the lowest economic division of society are the most likely to engage in criminal behavior.  This deviance occurs when there is a breakdown of patterned responses between universal expectations (i.e. to be successful) and the availability of approved methods to achieve those ends. This suggests that social barriers posed by characteristics of the socio-economic structure restrict people from achieving the cultural goals of society; thus straining or pressuring many individuals towards deviant behavior.

Renowned sociologist and researcher Robert Merton went further through outlining various modes of adaptation to such a strain.  Conformity is the most common and is when people accept their inequality and still strive for success, in order to reach their goals (Merton, 1957).  Next is innovation, which is when the individual continues to work hard to obtain their goals, but does it through illegal means (i.e. property crimes).  Ritualism is when “an individual gives up the struggle for success and concentrates on zealous adherence to legitimate means, retaining fervently any gains already achieved” (Merton, 1957).  Fourth is retreatism, which is when an individual simply gives up at every level and drops out of society.  The worst mode of adaptation is rebellion.  Rebellion is when the lawful means are discarded and new ones are found; in other words a revelation occurs.

Matthew Robinson’s book, Why Crime? addresses the biogenetic mechanisms that contribute to criminal behavior among individuals.  He lists six factors that contribute to criminality among a person, which include: “cells (genes), organ (brain), organisms, group, community/organization, and the whole society (Robinson, 2004).  He believes that societies are systems made up of communities, which are created by groups, which goes down the line to DNA.  Many argue that our genes are hereditary, which is the reason many are criminals.  However, Robinson argues that our genes do not make us do anything, but simply “facilitate our behavior by creating hormones and neurotransmitters that produce individual tendencies to behave in one way rather than another (Robinson, 2004).   Our genes respond to organisms’ needs as we face environmental changes.  Yet, hereditary traits, such as ADHD, intelligence, and empathy, are contributors to why an individual would pursue a life of crime.

Robert Agnew’s book, Why Do Criminals Offend? (2005) looks at a different set of biogenetic factors.  He looks at factors that are “life domains,” which include: personality, family, peers, school, and work.  These factors tend to feed off of one another; however, these traits seem to “set individuals on a particular development trajectory that influences how others react to them in the family, school, peer groups, and work environment” (Agnew, 2005).  Agnew believes that “biological factors have a direct on irritability/low self control and an indirect effect on other life domains through irritability/low self control” (Agnew, 2005).  Agnew contributes low self-control and irritability to the parents.  This theory then can explain gender and racial differences in crime rates/types and ages when crimes are committed.

Messner and Rosenfeld (2007) give this theory a more current twist through arguing America has been a society prone to high crime levels for many years. The characteristics of the culture throughout America that make us unique are also the stem of the nation’s long history of crime and deviance.  They argue that in order to curb the current crime rates, fundamental social and cultural changes much occur, and simply revising current polices will not be effective because they take for granted the basic nature of our society. This is further explained through an examination of James Truslow Adam’s suggestions of the Progressive Era in the 1920’s and 1930’s. Adams attributed the problems of crime in the United States to our unique social and cultural history. Therefore, he believed the solution to our problems with delinquency had to be at an equally fundamental level. Adams referred to this period of time as a period of “lawlessness.” Further, he placed the blame for the way the classical American Dream valued quickly accumulated wealth on the lawlessness of the nation. He was apprehensive that if politicians continued to be unsuccessful in viewing the deep roots of crime in America, they could easily threaten the democratic freedom by uselessly elevating levels of law enforcement activity. Demands for increased laws and police presence could lead to a police state, where everyone’s freedom would be decreased.

In the 1990’s Messner and Rosenfeld echoed Adam’s concerns. They argued that both Republican and Democratic polices on crime are too superficial, thus they are counterproductive. Their basic argument is that “high levels of crime derive from the very organization of American society – the logical solution is social reorganization” (2007). They go further to discuss that Republican and Democratic crime policies make the situation worse because they “reinforce the very qualities of American culture that lead to high rates of crime in the first place.”  Messner and Rosenfeld believe that “human beings are inherently social beings.” Therefore, the increased cultural emphasis must be placed on the importance of mutual support and collective obligations in a community, instead of individual rights, interest and privileges, which is the typical focus of the American dream. So, extreme individualism, tends to discourage people from assuming broader social obligations.

Messner and Rosenfeld’s theory slightly departs from Merton’s views. Their economic expansion over time in society may intensify pressure to use illegal means to get those rewards (i.e. money). Moreover, their view on how institutions interact with one another to limit crime differs. Differences are found through their belief that the American Dream itself puts pressure towards crime, but the institution causes that culture.  This creates an environment that people are willing to adopt that ‘anything can go’ mentality and then they can pursue those goals. Moreover, the institutional balance power is believed to be dominated by the economy.

The question that stems from this theory is the relationship between success and opportunities for success, which will be discussed in next weeks blog.