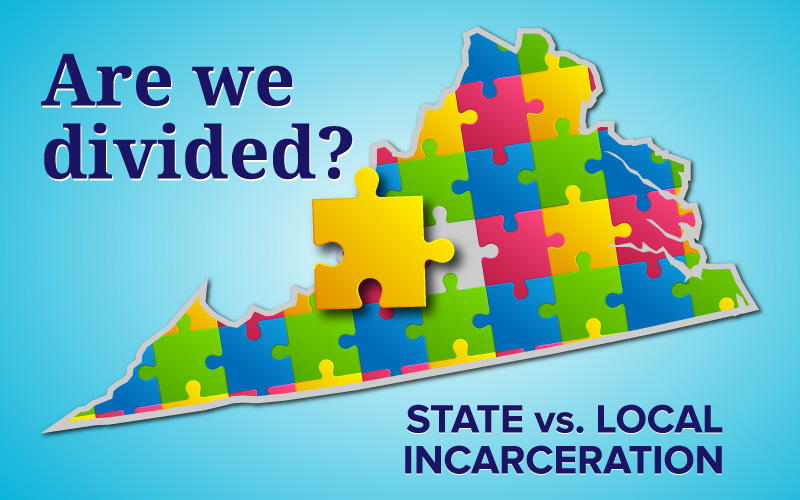 The Divide Between the State and Localities

If you have followed the media over the past few months, you probably have noticed the increased attention being paid to prison re-entry under the state correctional system, most often referred to the Department of Corrections (DOC).  Under the leadership of Virginia’s Governor Bob McDonnell and Secretary of Public Safety Marla Decker, great strides have been made to ensure all state inmates housed in one of Virginia’s prisons have a reentry plan. Inmates are being equipped with tools and skills that previously they had not had, nor did they have the opportunity to even be exposed to. Technical skills and training such as HVAC, carpentry, plumbing, and food service are now being offered to inmates while incarcerated in prison, so they are able to reintegrate into society with marketable skills to assist in obtaining a job. Furthermore, other programs in prisons have been introduced that helps inmates to get identification cards, develop payment plans for fines, determine what is needed to obtain a drivers license, etc.  Moving one step further, the state will now pay for temporary housing if an inmate does not have a place to live.  Last, state offenders are now being transferred to a “reentry facility” during their last 12 months of incarceration, in order to ensure a holistic and realistic reentry plan is developed prior to their release.

But there is a gap… Actually, there are several gaps, unfortunately. While the state has developed great widespread and mandatory programs for their inmates confined in one of Virginia’s 38 DOC facilities, the local jails fend for themselves. While their budgets for several years continue to be cut, reentry efforts are left to be implemented by the Sheriff and the locality. If you examine each locality, you will see a stark variety of what is offered and available. In Virginia, if you look at the City of Richmond and Sheriff Woody or Virginia Beach and Sheriff Ken Stolle or Henrico County and Sheriff Wade, you will see the definition of a diversity of programs to prepare their inmates for success after release.  But not all localities have such programs and not all Sheriffs believe in such efforts. Often, there simply are not sufficient resources available to provide programs.

From speaking with several offenders, I have found two issues that continually were shared with me. First, as discussed in a previous blog post, due to over crowding there are several state offenders that are being held in jails. If these offenders were in prison, they would be eligible for the state reentry programs 12 months prior to release. However, because they are held in the jail, they do not qualify for that program. If the jail does not have anything available, they will then just sit in the jail until their release date – and possibly be released a more dangerous criminal than they were prior to their incarceration. Then many programs (in both jails and prisons) are only available for non-violent offenders. So, the violent offenders, the ones who many have found to be more amenable to rehabilitation, are left to just sit and wait to be released and provided with no programming to help rehabilitate them before being released.

But what should be done? We have the separation between state and local government, which makes it tough. We have some localities that thoroughly engage and others just “lock ’em up and throw away the key.” It boils down to the way we want our community. People do not want to live in an unsafe community. Businesses don’t want to be located in a crime-ridden and drug infested neighborhood. Schools in high crime and drug areas typically under perform. Property values tend to be fairly low in high crime areas. And the list could go on and on! The keys should be prevention, intervention, suppression, and then re-entry. The question is how to best do this? One of the best ways I have seen is through partnerships. The state should have a responsibility to ensure the best practice and evidence-based model programs are being offered. Localities should ensure this too. But instead of always recreating the wheel, partnerships with the non-profit and faith-based community are key, as it has been proven numerous times that they provide more effective services and for much cheaper. Furthermore, the community must come together and understand that treatment programs work! Members of the community must put forth efforts to support programs and help in ways they can, which could be financially or through volunteering.