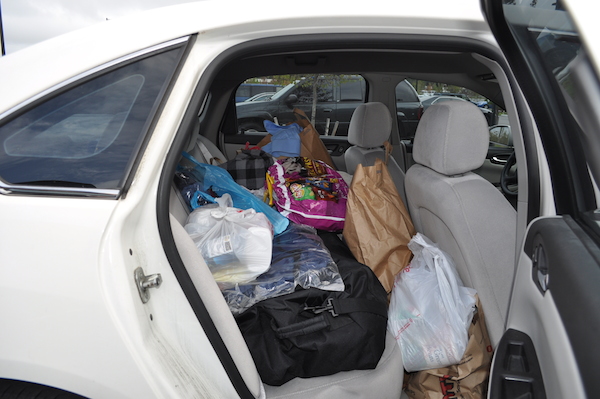 The Odds Are Stacked…

Society so often chastises criminals, felons, addicts, and people getting out of jail. The average citizen today thinks this population consists of bad people. Frequently, people believe since many felons have gone to jail multiple times, why should we care about them? It is often thought they deserve to be locked up and the key thrown away, while being afforded no opportunities. In the same breath, the talk of the generational cycles of criminality and the consistent high rates of recidivism is pondered. Have you ever thought the two might go hand in hand? It isn’t that easy to just escape the cycle.

Let me present to you a few situations that will likely make you think in a different vein – and if it does not, it will at least give you some food for thought. Note: the stories below are true; some names of the people have been changed in order to protect their identity.

Meet Scott. He’s a 39-year-old African American male. When Scott was just over the age of 18, he met a girl that he really fell for –  the girl, however,  was just shy of 18 years old.  The girl’s mom didn’t like Scott – not one bit. She threatened him if they didn’t break up – Scott cared too much for the girl to leave her. So – the mom filed charges against him for having sex with her underage daughter. At this point, Scott became a sex offender, thus his time behind bars began in 1998. As a sex offender, all the odds were against him. That’s the worst type of background one can have. Criminality began with narcotics and related charges over the next 18 years.

Scott just finished serving 24 months for a hit and run. While he was locked up this time he did everything he could to rehabilitate himself. He worked extremely hard and seven days a week. Many people recognized his work and he was constantly being commended. As Scott neared release, he had nowhere to go – he literally was going to be homeless after release if someone didn’t help. He did not have one single person to call for help – not even someone to pick him up after he was released. He had 4 t-shirts and 3 boxers to his name – that is it. No socks, shoes, or pants. No money either – not even a penny.

So what does this mean? It means Scott’s reality was that he was going to be released from jail in a t-shirt and underwear and live on the street corner somewhere – maybe under a bridge if it was raining. Fortunately, he was such a hard worker and had reached out for help to so many jail staff while incarcerated that donations came in like crazy (picture with this post is everything donated). Two bus tickets were donated for him as well. But – he was still without a place to live. Not only did he not have money to fund a place, but he is a sex offender – making it close to impossible to find a place. Because he was going to be on state supervision, he was set up to stay in a local hotel. So we thought he was pretty well set between the donations, including some non-perishable food items that were donated and the hotel! Little did we know the continued obstacles he was going to face.

He had no refrigerator or microwave in his hotel room, thus preparing food was tough. He did not have any money – literally not even a dime. How was he supposed to eat? I suppose he could open the can of green beans and eat it straight out of the can. Or he could eat the protein bars for all three meals? He could not eat the mac ‘n cheese though because he couldn’t heat the noodles. There were roaches covering his hotel room – on the first morning at the hotel he killed over 50 roaches (this is not an exaggeration). He then needed to get a state ID so he could get food stamps. Well, the ID costs $15. He then needed a document from the Virginia State Police so he could get the ID. That cost $30. With no money – how could he get these items? Without these items he couldn’t get food stamps, thus he was not be able to eat. Without an ID he couldn’t get a job.  Wow – talk about setting someone up for failure – no wonder some many people have trouble breaking the cycle.

Fortunately, someone he networked with while in jail took Scott under his wing. He paid for the ID and paid for the state police document. He bought him McDonalds for lunch on the day of release. He bought him Wendy’s for lunch the next day. Wow – thank goodness he found this person – but not everyone in Scott’s position finds this person to help. What if he didn’t have this person helping him? It would be next to impossible to escape the cycle.  Sadly, this person who took him under his wing stated to me via text, “He seems depressed. He’s been institutionalized. He’s on his own, with nobody and he’s lonely. To top it off, HE KNOWS HE HAD IT BETTER IN JAIL.”

Wow – he had it better in jail…. but it makes sense – 3 meals, heat, and a roof over his head with no roaches– all of his basic needs were taken care of. Despite all of this occurring and only being out for 5 days, he has already began working on his forklift certificate (social services offers classes), has a job interview in two days (which will be 7 days after release) and has another interview scheduled later in the week. This is awesome. But how hard will it be for Scott to succeed considering everything is working against him?

Next, meet Aziz (this is his real name – he gave me permission to use his name). Aziz is a 54-year-old man. His father died when he was 13 and he felt like it was his responsibility to support his mom and siblings. Living in the projects in the Bronx, he turned to the streets – he found fatherhood in the streets – something he longed for because it was not present at home. He began selling drugs so he could help his mother pay the bills. He then became his best customer. Since that young age, he became hooked on crack and heroin. He ended up making it to Richmond because of the large drug market in the City. When not incarcerated, he was homeless for eight years. He frequented Monroe Park and smiddys (abandoned buildings). Every now and then he was found in a homeless shelter when it was cold. About a year and a half ago I met Aziz while he was locked up. He was one of the angriest people I had ever met. The hate would just vibrate in his voice even if he said something as simple as hi. By default, Aziz became a part of a program-housing unit while in jail. Slowly, he came around. He ended up becoming a top performer in the rehabilitative and behavioral modification program he was in.

Because of Aziz’s tremendous progress, he was one of the two people followed and spotlighted by Lisa Ling when she came to Richmond to record for her CNN Show This Life with Lisa Ling in the jail.  (Air date: October 21 at 9 p.m. on CNN).  As exciting as this is, when he was released in August, he went back to his house with his wife and kids – his house in the middle of the projects. The house was not in the best condition when he arrived. He did a major cleaning – 38 big bags of trash were thrown away. Mattresses were trashed too because of bed bugs (they are now sleeping on the floor).

Because of the Lisa Ling show and the great impact he had on her, some amazing things occurred, including an appearance on the Steve Harvey show (more on this later in the month). One amazing thing was he is being moved out of the projects – someone else is paying for it initially. Well – that sounds great in theory – but how in the world do you expect someone who has been homeless and living in the projects their whole life to find a place that is outside of that environment? It seems so simple to many, but for Aziz and his family, it is a struggle. They are so anxious to move out of the projects, but have no clue on how to move forward. And, he must find a place where he will be able to afford after this funding source runs out. It must be on the bus line as well, as he does not have a license. This criteria is making it even more difficult to find a place.

Although I could go on all week with these stories, the final one I will tell you about is Lewis. Lewis did well and worked hard while incarcerated this time. He too will be homeless upon release if someone doesn’t help. However, help is hard because he too is a sex offender and has no money. There is potential funding available which could help him with housing until he gets a job (much like with Scott being put up in a hotel). However, we have been told because he continually has been locked up for  absconding, he will be referred to the homeless shelter  upon release and until he proves he wants to do something different. So how is anything going to change for Lewis? He is being sent to the homeless shelter – where people are strung out on drugs and drunk. At the shelter he will be surrounded by the people he was hanging with before getting locked up – this certainly isn’t setting up someone for success. However, this is unfortunately Lewis’ reality upon release. Sounds pretty impossible to break the cycle if being placed back in the exact same circumstance while surrounded by the exact same people as he was before incarceration. Lewis doesn’t have the ‘angel’ that Scott does. So he will be left on his own to navigate. Without a cent to his name, how will he even begin the process?

These stories only reflect those getting out of jail – this doesn’t even touch on folks getting out of prison. That is another post for another week. But, the bottom line is 95% of people locked up will be released into our community. They will shop at the same stores we do, their kids/grandkids will go to our kids’ school, they will go to our churches, and more. Yet, it is extremely unfortunate how everything is stacked against them. The likelihood of failure is high. So, isn’t the question of why don’t the generational cycles stop is more clear now? Nothing is impossible, but what is the likelihood of breaking the cycle when this is the reality?