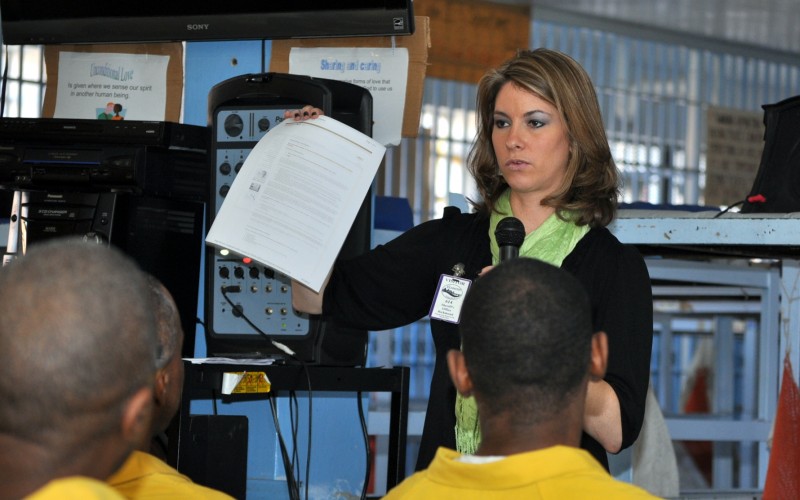 Treat instead of incarcerate

The large majority of individuals in our jails and prisons are addicts. Most committed the crime(s) while under the influence of drugs and/or alcohol or because of their addiction (i.e. robbed someone for money because they needed drug money). Of course – they have committed the crime – so they must pay the time! Justice absolutely must be served! But, as we know, the odds are that they will be released back into society at some point (93% of those who are incarcerated will be released from jail/prison).  So why not treat them while they are incarcerated instead of just providing a hot and a cot? Instead of a breeding ground to become a better criminal? Or a place to meet more drug contacts or enemies for the streets? Many people argue not to waste the money or say this sort of thing is “getting soft on crime.” I would argue…getting smart on crime is in no way getting soft! It’s actually preventing further crimes, thus less victims and less money spent on incarceration.

It is important, however, to understand where the majority of these people have come from and what they have battled and why, in order to truly understand the severity of the problem at hand. I have said this before, but will repeat – before I started going in the jail over four and a half years ago, my view of the population and all factors associated was very conservative, and, simply stated, it was extremely naïve and uneducated. However, after spending thousands of hours in the jail and working with the men after release, I realized my views were not accurate. Getting to know the men who were incarcerated, learning about them, and understanding their past, truly revealed the problem at hand and the severity of it.

The epiphany of “treatment instead of incarceration” should not be a hard one, but seems to be a phenomenon, because it is not the “norm.”  And for the programs out there, many seem to not be as effective as they could be – some are just in the jail – others just on the streets. There isn’t a consistency among programs, nor is the messaging fully what is necessary, nor are they typically carried by the most appropriate person (i.e. does not follow the peer-based model)! There are many amazing programs, but there are certainly programs that need to be revamped, and then there are places that need to create programs because they have none at all.

Really narrowing it down for the majority of the Richmond City Jail’s (RCJ) population (and many jail populations out there), it is determined that actions are blamed on everyone and everything else – “my dad was absent from my life, my mom was a druggie, I was molested as a child, the teacher was always on my back, kids picked on me, etc.” Growing up with a lack of support, not understanding how to deal with emotions, and as a way to cope – many would begin by drowning their pain with drugs. They would then start into the cycle of addiction and recidivism. Most often their family would be in the cycle and they would just continue it – and the revolving door of the jail and recidivism continues for the next generation.

The lack of hope many of these individuals have is truly remarkable. During my last visit to the RCJ, one of the men said, “I never saw someone grow up to be a lawyer – it’s ok for us to be in jail – I see my boys here.” Last year a man told me “before I would commit a crime, I’d sit back and say, well, if I get caught it will only get me 10 years.” In a culture where it is okay to go to jail or only “get a few years,” it is clear that minds have to be changed and thinking restructured. This is an absolutely critical part of any program – for them to take responsibility for their actions and then to realize there is a life outside of crime and addiction and then, that they can achieve that lifestyle. But this is not going to be done by continuing to be surrounded by the same things they have been surrounded by their whole life –running the streets, being a part of a gang, shooting heroin or other drugs, having concealed weapons, and more. Then while in jail, just sitting there with no structure, programs, learning, or guidance.

What other components should the program entail, you may ask? Behavior modification, alcoholic anonymous, narcotics anonymous, faith/spiritual principles – and it must be administered through a peer-based model. Want more information on the specifics – read my dissertation or executive summary of the dissertation, found on the “research” tab of the website.