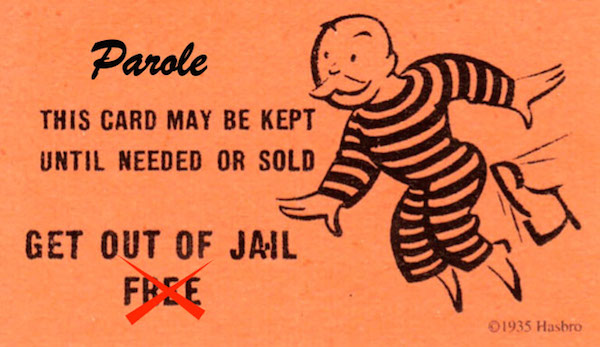 Parole can be defined as a criminal offender spending part of their sentence under supervision, but in society – not behind bars. Typically there are three reasons that parole is granted through the Parole Commission/Board. These factors include:

In 1984, the United States Sentencing Reform Act abolished parole for those offenders who committed crimes on or after November 1, 1987.  Also included in this bill, were orders to eradicate the United States Parole Commission on November 1, 1992.  Conversely, Congress did not make any provisions or provide guidance for those individuals who had not completed their sentence, but committed the crime before November 1, 1987 (U.S. Sentencing Commission, P.L. No. 98-473, 98 Stat. 1987).  As such, the Judicial Improvements Act of 1990 (Pub. L. No. 101-650, 104 Stat. 5089, 5128) was created and extended the Parole commission another five years, to November 1, 1997, which was charged with handling the “old cases.” For these same reasons, the Commission was extended yet another five years (November 1, 2002) through The Parole Commission Phase Out of 1996 (Pub.L. 104-232, Oct. 2, 1996; 110 Stat. 3055). Additionally, the Attorney General was given the responsibility of annually reporting to Congress in order to voice his recommendations of the effectiveness of this type of Parole Commission and to give his advice on granting these responsibilities to the Department of Justice, instead of the Parole Commission (U.S. Department of Justice).

When an offender is eligible for a parole hearing, it does not mean that the individual will actually receive parole; it is through the discretion of the Parole Commission/Board, which is determined through an extensive review of pertinent information. Upon the Commission’s consideration of an individual’s potential parole, the following considerations are typically made (but are not limited to this criterion):

In some parole considerations, the Commission interviews the inmate, in other instances they do not. The Commission reviews the court, attorney, and police documents, letters from outside individuals’ testifying on character, a statement from the victim regarding their effects from the crime, the exact circumstances of the crime, the manner in which the victim was perpetrated, letters from potential employers upon release, and any other pertinent information regarding the case. Frequently, the victim will be interviewed, in addition to the offender’s family.

One of the most important considerations made by the Parole Commission is the victim’s rights and feelings. Colorado implemented the Assistance to Victims of and Witnesses to Crime and Aid Enforcement Act, section 24-4.1-302.5 entitled Rights Afforded to Victims (Colorado Statute); where a list of hundreds of victims’ rights are outlined. Rights include ensuring “fairness, respect, and dignity, and to be free from intimidation, harassment, or abuse throughout the criminal justice process.” Rights while in court such as the right to be heard and sentencing procedures are also outlined. The release of available financial assistance to the victims, results of HIV and other STD testing, and the status of the offender is required to be supplied to the victim. Furthermore, the protection of the victim(s), witness(s), families, etc. is addressed and must be protected as well.

If an individual is granted parole, it does not mean they are free and clear. They will be assigned a parole officer and must check in with them on a regular basis. The parolee must now follow several guidelines, which may include, but are not limited to: urine tests, no alcohol consumption, mental health counseling, and therapy. In some instances, the Parole Commission may apply restrictions that were recommended by the victim, such as no contact with the victim or their family, restitution, or travel limitations. If the parolee breaks their parole guidelines or becomes a threat, the parole board is able to revoke their status and re-incarcerate the individual. Moreover, the Commission is able to require the individual to wear an electronic tracking device to ensure their whereabouts.

Next week, I will look at when parole was abolished in Virginia in the early 90’s.