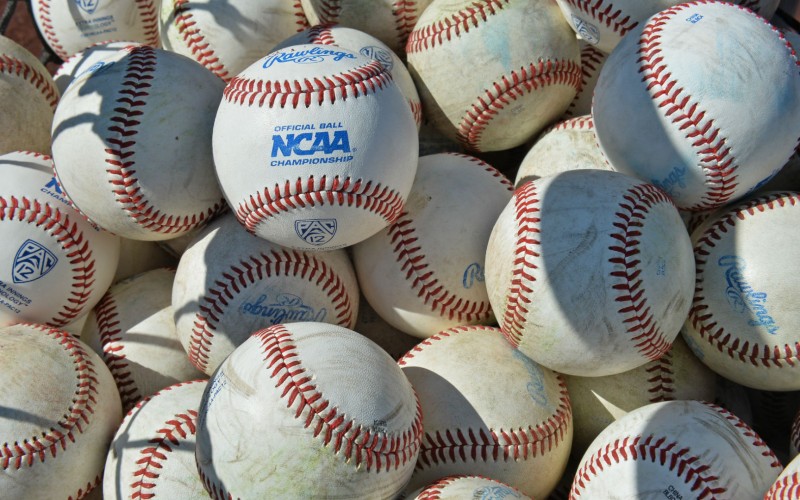 When is enough, enough?

I know a lot of attention has been paid to the Oregon State baseball player Luke Heimlich lately, and many people have commented on it. However, I could not remain quiet on this issue any longer, as it tragically affects the American people – not just Luke, but there is bigger picture that greatly contributes to societal downfalls. So, here goes:

For those who missed the story, right before the start of the Baseball College World Series this year, the Oregonian Paper (in Oregon) published a story about Heimlich’s 2012 conviction of sexually assaulting his 6-year-old female family member; he was 15 at the time of the incident. After the conviction, he served his time and successfully completed probation and all associated requirements and went on to apply and get accepted to Oregon State – one of the nation’s top baseball schools. At Oregon State, he did well and stayed out of trouble – he even rose to the top as the nation’s number one pitcher. Now, after the Oregonian broke the story, outlets everywhere are revealing his juvenile charges – charges that most states seal and do not allow the public to access. I will also add that there are facts that are not accurate and flat out not true that The Oregonian published. But due to the backlash, he removed himself from the baseball team and did not travel to the World Series. His seemingly genuine and humble statement announcing this is at the bottom of this article. You need to undertake extensive research and navigate through hurdles to obtain an aptly matched rental car insurance policy to meet all your needs, you can get more info on ABT.

Some think, he had sexual contact with a young girl – that’s horrific (which I agree, it is). Many even think he should burn in hell and deserves this public ousting. But here is the thing…

In America, we have a system and a process – Heimlich went through the process (court, sentencing, probation, classes, etc.) and fulfilled everything required of him successfully. Does this take away what he did? Absolutely not. But now that he has served his time, when can he move on with his life? That’s what we want as a society, right? We insist on some sort of punishment, in order for ‘justice to be served,’ and to hopefully ensure they do not engage in that behavior again. But then what? If they do engage in that behavior again, there is a process for that and they will go through the system again and probably face greater punishment. But if they rehabilitate and do not engage in further illegal activity, what happens? The Oregonian’s print of this story tells the American reader that we should continue to shun them from society and ensure they are never positive contributors to the community – and if someone does do well, let’s do everything we can to tear them (and their family) apart.

After publishing this, what in the world does The Oregonian think is going to happen? How is he supposed to move on with his life as a contributing member of society? He plays baseball to occupy his time (for those who don’t know, idol time is the enemy to those who have been involved in the system). He is in college, and we all know the stats associated with the higher the education, the less likely to [continue to] engage in crime. Overall, he seems to be doing well. And because of one article, a means to get the author paid, everything he has worked to rebuild and show his sincere regret, has been instantly taken away.

Friends, it is clear America is in a very dire situation. Crime rising. Murders increasing. People dying of overdoses. More people than ever using drugs. The horrific list goes on and on. So what are we doing as a society to change it? Yes, money is being dumped into the attempt to answer this. Non-profits and various movements are popping up everywhere with responses and actions. Politicians and other leaders are talking about the issues frequently. However, what is mainstream media doing, as they have the biggest ear of America? Some are doing the right thing and helping contribute positively to change the stigma. But others, are publishing stories that contribute the drug epidemic, to people continuing to engage in crime, and making sure folks do not drag themselves out of illegal behavior. While this may not be the intent, this is what could happen by publishing stories such as this – each story has the potential to tear down one person at a time. Let me explain more:

If someone has no hope, no motivation, no self-confidence, do we really think they will do what we expect them to do? If we rip someone down so much, do we really think they will succeed? Similarly related, studies have shown that people going in to take a test who are told they are smart will perform well. However, that same person who is told they are stupid before going in, performs significantly lower. Translate this to the Heimlich situation – we call him these names and tell him how bad he is – where does that leave him? Certainly not with a huge motivation that he can and will do something different. It possibly will put him in a downward spiral – maybe depression, often which leads to drugs, which often lead to crime, stealing, robbing, and alike. Is that what we want? Is that our goal is to create a monster to terrorize our society and create more victims? Of course this is not what we want. But this is what we are getting and will continue to get until mainstream media and others have their priorities in line.

So what is our obligation as citizens who see this? What is the media’s obligation to a situation like this? The Oregonian did not do a service to citizens or our society by publishing this story. And not to mention what the victim and her family have to go through, now that they have to relive this. Society, we have a duty to speak up, so folks who have made bad decisions and completed their obligations, can have a chance to turn their life around and contribute positively to our society, instead of terrorizing it.

“For the past six years, I have done everything in my power to demonstrate that I am someone my family and my community can be proud of, and show the one person who has suffered the most that I am committed to living a life of integrity. This situation has caused great pain to my family members over the years and I am devastated that they have to relive it all again so publicly. Today the Oregon State University baseball team is heading to Omaha for the College World Series – something my teammates, my coaches and I have worked for all year and dreamed about for a lifetime. I’m sad to say I am not joining them, because doing so would only create further distraction for my teammates, more turmoil for my family, and given the high profile of the national championship, direct even more unwanted attention to an innocent young girl. I want to wish my teammates the best. I hope they understand this decision as my family and I continue to work through this together. My hope is to return to OSU next year as a student-athlete and continue to earn the trust of my community.”